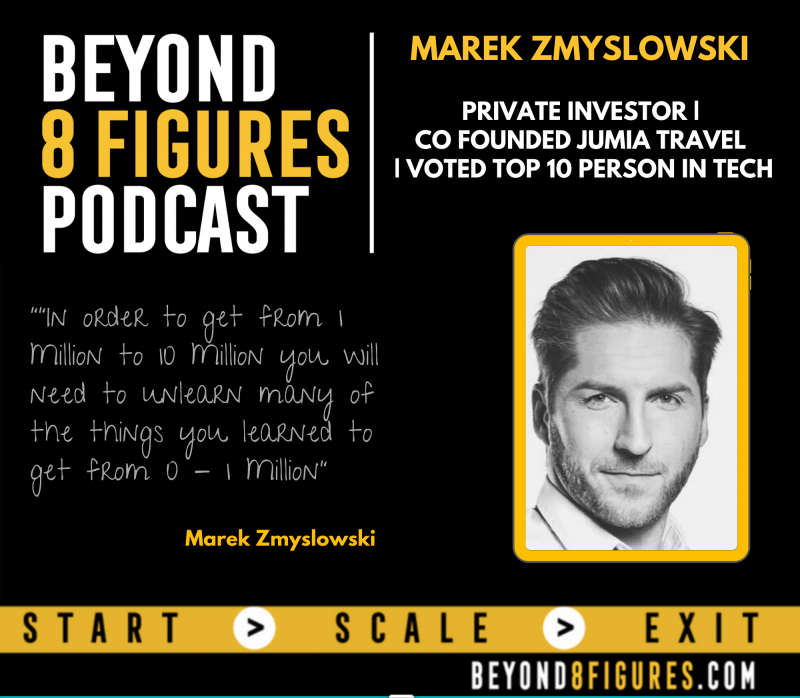 Marek Zmyslowski, spends his life between Barcelona and South Africa. Marek is an accomplished leader and entrepreneur. His home is Africa but he is polish born. He co-founded Jumia Travel – Africa’s Biggest Hotel Booking Portal listed on NYSE as part of Jumia Group and HotelOnline.co – a Travel Technology Company. In 2014, he was chosen as one of the Ten Most Important People in Tech by IT News Africa Magazine. He is a Lead Mentor at Google’s Launchpad and World Bank’s XL Africa Program.

Don’t listen to too much advice

From a bullied child, he became successful and was able to buy a fancy car and drive it back through his old neighbourhood. Now in business he often looks to hire people who were raised in spots as they are disciplined or people who were bullied as they have a drive that is unmatched. Marek also speaks about increasing your chances of success by having your hands in many things and then doubling down on the one that is taking off. He thrives at the first stage of a business 0 – $1 Million then delegates as much as possible from $1-10 Million, he is always looking for the unfair advantage.

Marek has a great ebook available on his website “Chasing Black Unicorns. How building the Amazon of Africa put me on Interpol Most Wanted list”, you can find the link to his ebook in the resources.

In this episode, Steve, Mary, Richard, and Marek discuss:

“Don’t listen to too much advice”

In order to get from $1 mIllion to $10 million, you will have to unlearn many things that got you from $0-$1 Million 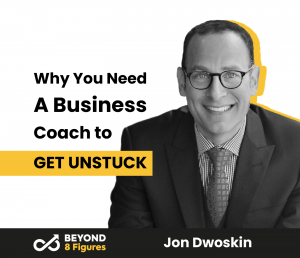 Why You Need A Business Coach to Get Unstuck with Jon Dwoskin, The Jon Dwoskin Experience

Jon Dwoskin has been on the giving and receiving end of many kinds of mentorship, 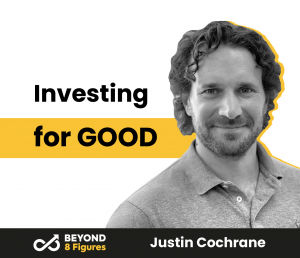 Carbon credits are one of the innovative potential solutions to the climate crisis. Justin Cochrane’s 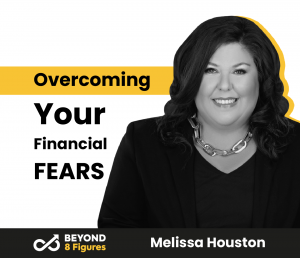 Although accounting may not seem like the most exciting part of running a business, if 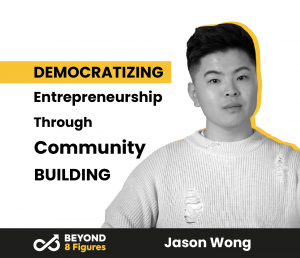 Through his 8 years of entrepreneurial experience, Jason Wong has come to realize that community 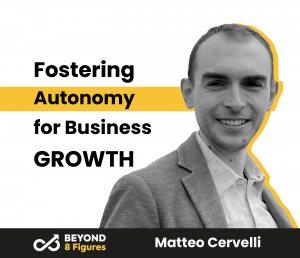 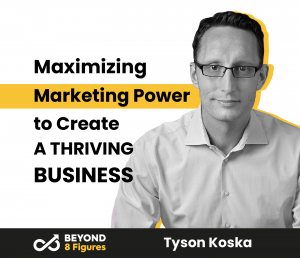 Finance and fun are two words that don’t often find themselves in the same sentence. 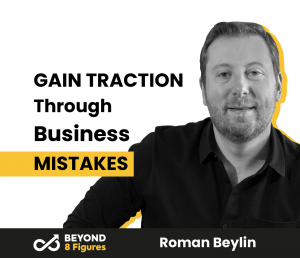 Strategy, at its heart, is about choices. In this episode, Roman Beylin explains trying and