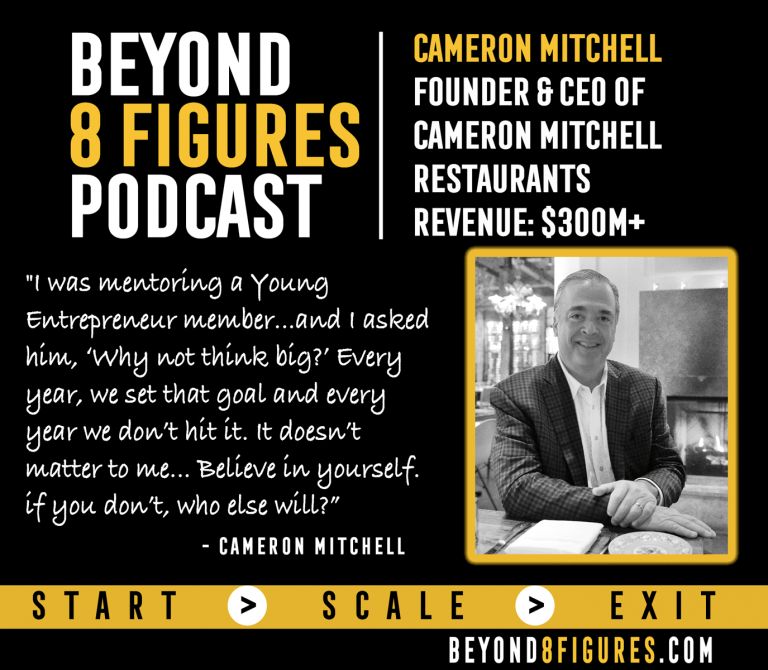 Best Advice I Ever Received: I was at a YPO forum meeting/retreat and a member asked why I wasn’t taking the approach of slowing down and focusing instead of being all things to all people. That coincided with my reading From Good to Great and it hit like a ton of bricks. The result was we built 19 more Mitchell’s Fish Markets and sold for $92M and I don’t think we would have done that without that comment.

Best Advice I’d Give To Someone Who Wants To Build A $10m+ Business: I was mentoring a Young Entrepreneur member who was talking about taking his business to $20M and I asked him “why not think big?” Every year, we set a goal and every year we don’t hit it. It doesn’t matter to me. $3.7B in 10 years is CMR’s goal and we may not hit that goal. So what if it takes 11 years, 12 years? If you don’t aim high, if you’re not driving your business hard, you won’t know what the possibilities are. Being a great restaurateur is difficult, if it was easy everyone would do it. It takes everything you have, inertia is behind you, and you’re going against the current. You have to set your goals, paint your vision and tell everyone. Believe in yourself. If you don’t, who else will? And it’s not even confidence, it’s belief. People can feel it. It runs to the deepest depths of your body. Run the walk. Having this core belief and the price you have to pay to get there, and then the commitment and resolve is where the rubber meets the road.

In this episode, Steve, Mary, Richard, and Cameron discuss:

“A restaurant company is built buy its people for its people.” — Cameron Mitchell

Cameron’s rise has been called “a dish room to board room story,” as he began his career in the restaurant industry almost forty years ago as a dishwasher at a local Columbus steakhouse in 1980 as a senior in high school. A few years later, when he was working as a line cook during a chaotic shift change, time stood still amidst the pandemonium and Cameron had an epiphany. He realized then he loved the restaurant business and set out to make it his lifelong career.

After that shift, he put pen to paper to map out his career goals, waking his mother in the middle of the night to share them with her. Those goals – to attend the prestigious Culinary Institute of America (CIA), to become an executive chef by age 23, to be a restaurant general manager by 24, and ultimately to be president of a restaurant company by the age of 35 – eventually were the benchmarks that would set the course of Cameron Mitchell’s restaurant industry career.

At the age of 22, Cameron graduated from the CIA and started his professional career with the 55 Restaurant Group based in Columbus, Ohio. He rose through the company’s ranks until he was directing all restaurant operations of the six-unit restaurant company. But eventually, his corporate ladder ran out of rungs, and in 1992, he mapped out his ideal restaurant company, including first and foremost, an associate centered culture which provides guests genuine hospitality and extraordinary dining experiences. This set Cameron forth on his final career aspiration – to become the president of a restaurant company.

In October of 1993, after going 14 months without a paycheck and overcoming numerous obstacles along the way, Cameron Mitchell Restaurants began with the launch of Cameron’s, an intimate, contemporary American bistro in northwest Columbus. Through the development of new concepts and the expansion of several of his most popular concepts, Cameron Mitchell Restaurants grew to become a 33-unit, multi-concept operation with locations in nine states and sales exceeding $120 million annually in 2007.

In 2008, Cameron’s prominence in the industry increased exponentially when he guided the sale of two of his most popular concepts – Mitchell’s Fish Market and Mitchell’s Steakhouse, a total of 22 restaurants – to Ruth’s Hospitality Group for $92 million. Mitchell has spent the years since that sale continuing on his culinary journey to develop and introduce innovative dining concepts. Today, CMR remains independent and privately held, with 37 units and 16 different concepts in 12 states, as well as a separate and highly successful catering division, Cameron Mitchell Premier Events. Furthermore, Cameron Mitchell Restaurants also and manages the growth and development of its sister company, the rapidly expanding, Rusty Bucket Restaurant and Tavern with 23 locations in six states.

With an entrepreneur’s energy, vision and passion, Mitchell’s sights are set on the development of new restaurant concepts, and the expansion of concepts currently in his company’s portfolio, particularly Ocean Prime (known in Columbus, OH, as Mitchell’s Ocean Club). Plans include the continued introduction of this concept in major metropolitan markets across the country such as Chicago, Houston, Boca Raton, Florida and more. Additionally, Cameron has published his new book Yes is the Answer! What is the Question? The book chronicles Mitchell’s rise in the restaurant industry from troubled youth to the highs and lows of growing his multi-unit, multi-concept, nationwide, associate-centered restaurant company.

Cameron Mitchell’s successes in business and keen understanding of the restaurant industry have earned him countless awards and acknowledgements. He has been recognized as Entrepreneur of the Year by Ernst and Young, as a Small Business Person of the Year by the U.S. Small Business Administration and as one of 50 New Taste Makers by Nation’s Restaurant News. He also received the Richard Melman Concepts of Tomorrow Award in 2005; a prestigious Silver Plate award from the International Foodservice Manufacturers Association; a Commitment to People Award from the Council of Hotel and Restaurant Trainers (CHART) in 2007, and in 2008, was inducted into the Junior Achievement Hall of Fame. Mitchell was honored to be named one of five Golden Chain Winners by Nation’s Restaurant News in 2009. Fast forward to 2015 and he was named CEO of the year by Columbus CEO.

Cameron is regularly sought after for speaking engagements and by national business and industry publications. He has been featured in publications including Restaurant Business, Nation’s Restaurant News, Restaurant Hospitality, Chain Leader, Restaurants and Institutions, and People. He also completed a “Behind the Brand” interview, which ran on Huffington Post and Entrepreneur.com.

Cameron is committed both to his profession and to the community he calls home. He completed a two-year term as Chairman of the Board of Trustees of the CIA, the first alumnus to do so, and actively recruits and mentors current and prospective students. Today, he is the school’s largest alumni donor, having established a $500,000 scholarship fund. Among his service to numerous local charities and committees in Columbus, Ohio, where he lives with his family, is his dedication to The United Way, Nationwide Children’s Hospital Foundation, and the Columbus State Community College Foundation. Cameron recently announced the lead pledge of $2.5 million towards a new, $40 million, state-of-the-art Hospitality Management and Culinary Arts School at Columbus State. He is also an active member of the Young President’s Gold Organization, the Columbus Partnership, and he serves on the board of directors of the charter school, KIPP Columbus. 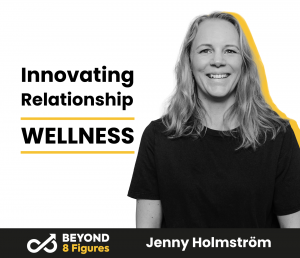 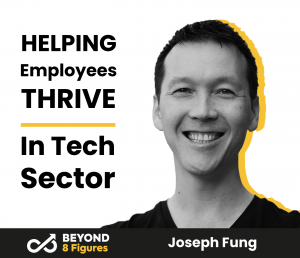 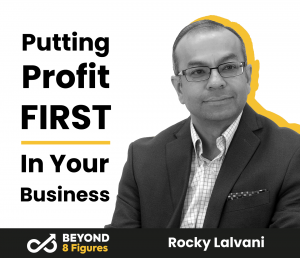 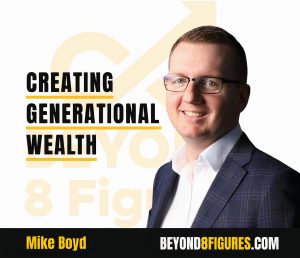 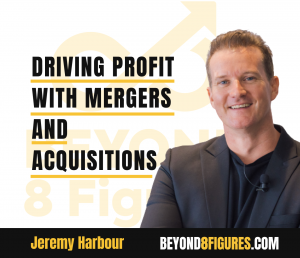 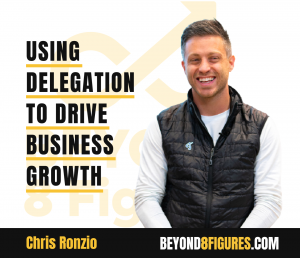